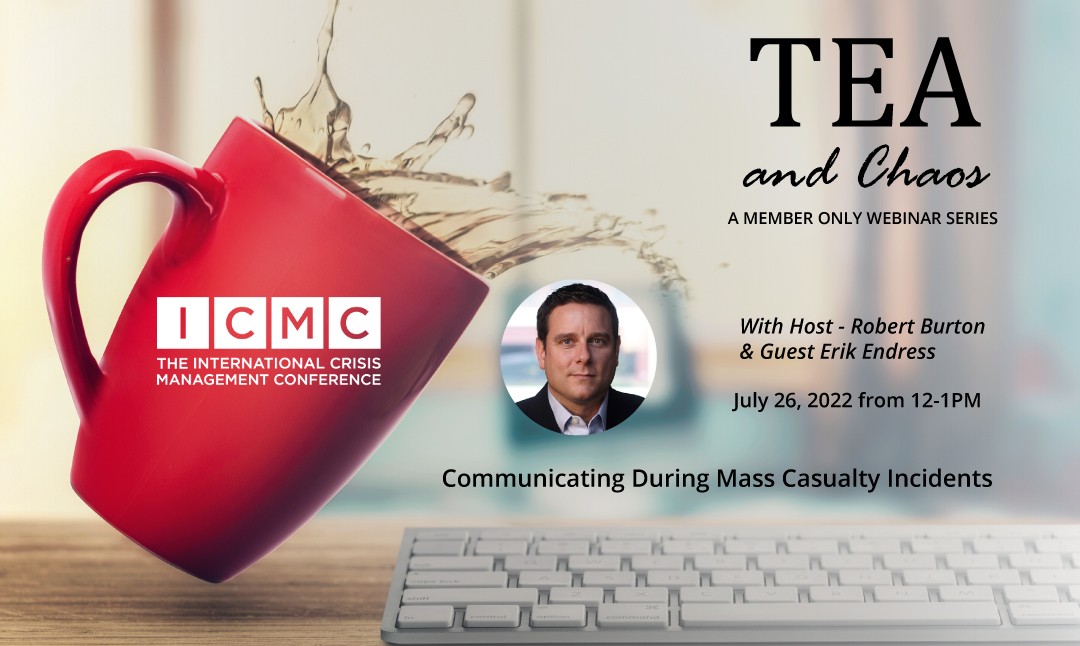 For this month’s Tea and Chaos, Rob and Erik will discuss the importance of having a communication strategy for locations and events where large numbers of people gather such as parades, malls and arenas. Create a plan and test it along with your technology.

Erik Endress is the CEO and Co-Founder of OnScene Technologies, Inc. based in the New York City metro area. Erik has been a volunteer firefighter in his hometown of Ramsey, NJ since 1984, where he held a variety of leadership roles within the department. Erik is a recipient of the New York City Mayoral Award for Heroism & Bravery for a lifesaving attempt on a NYC subway. In 2013, Erik combined his first-hand experience as a first responder with his passion for solving problems with technology to launch Share911. Today, Share911 is used in schools and workplaces nationwide, with the company recently rolling out an innovate temporal mass notification system for live events and crowded spaces, enabling people to receive time-sensitive information and emergency alerts while they are onsite.

Tea and Chaos is an ICMC Member-only Webinar Series. Register once and have access to the entire series!