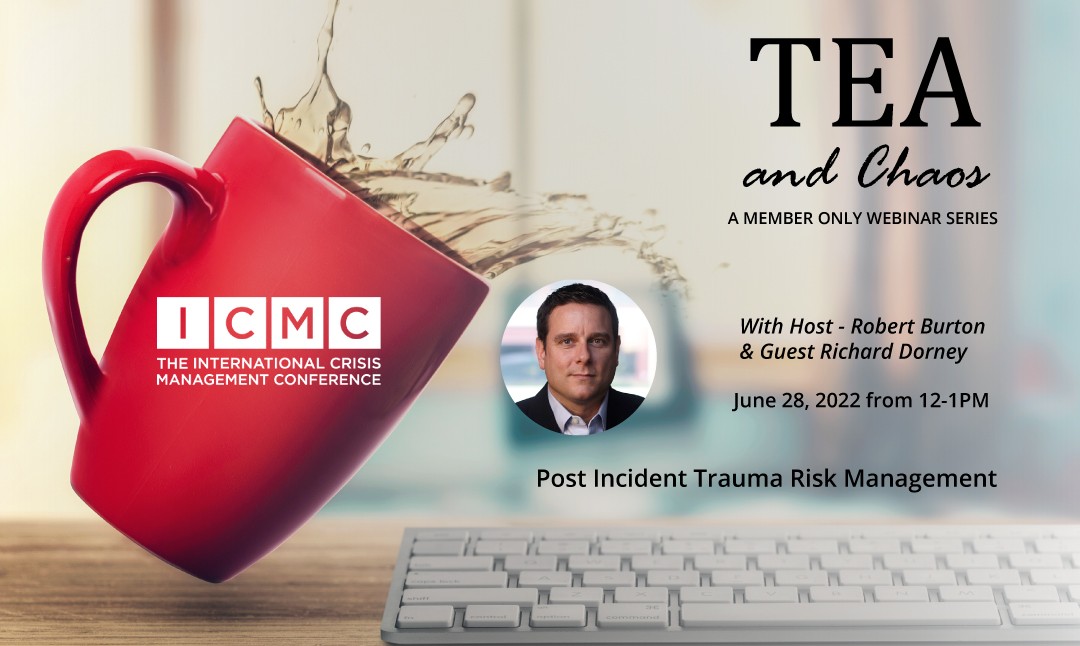 For this month’s Tea and Chaos, Rob will have a discussion with Richard “Skid” Dorney, Director of Strongmind Resiliency Training, on psychologically informed management after traumatic events and how to manage risk in colleagues and staff.

Richard Dorney served in the British Army as an infantry soldier and as an officer for almost 39 years. He served in Northern Ireland (6 tours) the liberation of Kuwait in 1991, Bosnia, Iraq and Afghanistan. He was responsible for establishing the British Army Trauma Risk Management programme which he rolled out across the Army. He was the Chief of Staff in the Army Recovery Capability, the organisation responsible for managing the recovery of wounded injured and sick personnel. Richard is a graduate of the UK Intermediate Command and Staff College. Richard is the Director of Strongmind Resiliency Training a company that works to improve mental health support trauma management and resilience mainly in public sector organisations exposed to stress and trauma. Richard and his team worked to train and support UK healthcare professionals during the pandemic and many other first response organisations.

Tea and Chaos is an ICMC Member-only Webinar Series. Register once and have access to the entire series!